The Weather Is Perfect Here This Time Of Year

Spring and Fall are definitely the best seasons of the year and here in Southern Nevada, that's no exeception with clear skies and temperatures in the mid- to upper-80's. At night it cools to the low-50's and if the wind is light it's nice. It does get pretty windy here in the Pahrump valley though. Last week we had gusts upwards of 40mph and that's not unusual for this time of year.


Even the most prolific desert weed, the Tumbleweed, takes advantage of the windy Southwest. That's where they get their common name from. They're not actually indigenous to North America, having been unintentionally imported from the Ukraine. In early Fall they grow large and green. Very annoying and seriously prolific. They're not difficult to uproot but once uprooted they spread terribly when the plant dies and turns to it's familiar brownish tan color. As they "tumble" around in the heavy winds, seeds fall off and, if in the right conditions, will be set for the next season. Rain is not frequent here but when it does the dirt turns to puddles of quick-sand-like mud and the seeds sink in and germinate. They take advantage of the water and grow quickly. 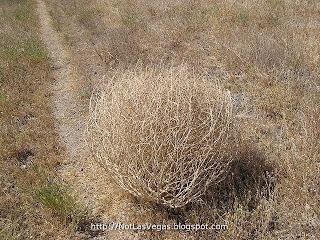 Most geologists speculate that the infamous "Sailing Stones" of Death Valley are moved by the heavy winds when the ground is wet and muddy though there are many theories about how they make those long tracks in the hottest part of the U.S. but then crazy theories about a lot things abound here in the Southwest. 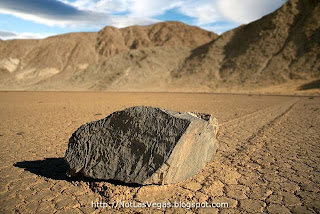 The weather for the most part though, is perfect this time of year. Every now and then a Pacific storm blows cold wind and icy rain but only once or twice in any Spring season. That's different from the Gulf storms that come in from the Southeast during the Fall season. We get a lot more rain and humidity in the Fall but those storms are warm and muggy since they're coming in from the Gulf region.


It won't be long for the heat to set in. We commonly see triple-digit temperatures begin in mid-May to early June. Last year the hot season was late with 100°+ temps starting in mid-June, which is rare for the hot season to start so late into the year. This year it appears that we'll see the century mark in mid-May like normal. In July and August temperatures will average 110° to 115° during the day and drop to a comfy mid-70's to low 80's at night. I don't really care much for the hot, daytime temperatures during the Summer but the Spring and Fall makes up for it. People are most active at night during the Summer months. Sporting events such as little-league baseball and soccer are generally played after sunset when the temps are more comfortable.


Originally from the SF Bay area in California, I've lived in the desert since 1989, first in the Phoenix, Arizona area for 15 years, where the night temps during the Summer don't fall off much from the day temps of 120°, and then here in the Southern Nevada region since 2003. I love the desert because, except for the summer heat, the weather is generally close to perfect year-round.


If you have plans to visit the Southern Nevada area, May is the best time to do it. And while you're out here, don't forget to check out some of the other great things our high-desert has to offer. Ash Meadows National Wildlife Refuge and Death Valley National Park are awesome, natural wonders that are must-see for those visiting the Southern Nevada desert. About 25 minutes to the Southeast of Las Vegas is the Hoover Dam and in Northern Arizona, the Grand Canyon is about a day's drive.