One thing I've noticed that's different in Pahrump from Las Vegas are how the slot machines are set to pay. While some table games offer far better odds for players the fact is most people who gamble love spending time sitting at their favorite slot game.

At the major casinos on the strip (Luxor, Mandalay Bay, MGM, Bellagio, Mirage, etc) I've discovered that certain slot machines are set to pay more frequently than others. That's not to say they pay more, however, just more frequently. 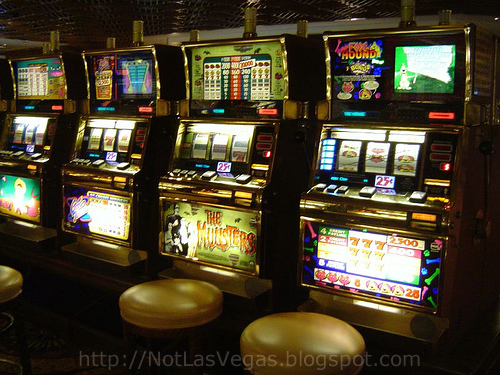 I wouldn't expect to hit any jackpots anymore than normal but knowing a few key points could mean the difference between leaving a casino with more than you came in with versus leaving broke. Of course, big jackpots are nice but if you play with the goal of hitting a jackpot you'll more likely end up spending all your money.

Casinos like when players get excited, shout and scream when they win something and it doesn't have to be much of a win. They want you to get the attention of those that are not spending money and get them thinking that they should and could win, also.

Obviously, if everyone were winning, the casino would be the one going broke so they turn up the frequency of payouts on certain machines while turning down the frequency on others. While the machines all have to pay back a certain percentage based on local gambling establishment laws, there is some flexibility the casinos have to work with and they use it. High traffic days tend to be better, also.

Here are some tips based on my own observations from playing slots at some of the large, strip casinos:

Things are quite different in Pahrump casinos, however. I'm not really sure why they don't follow the same, secret rules as the casinos on the strip in Vegas. I've practiced my theory in several casinos in Vegas and at least half the time walk out with $50 to $100 more than I walked in with after starting with only $20 or $40. In Pahrump, I've not been able to discover any pattern at all other than some days of the week seem to be better than others.

This might change soon, however, since the gambling company Golden Gaming, which already owns The Pahrump Nugget Casino, has recently purchased/traded for their biggest competitors here, The Terrible's Town Casino and the Terrible's Lakeside Resort & Casino. Now that they own three of the four major casinos here we might start seeing some of the Vegas style frequency of payouts. =:^)
89 comments: 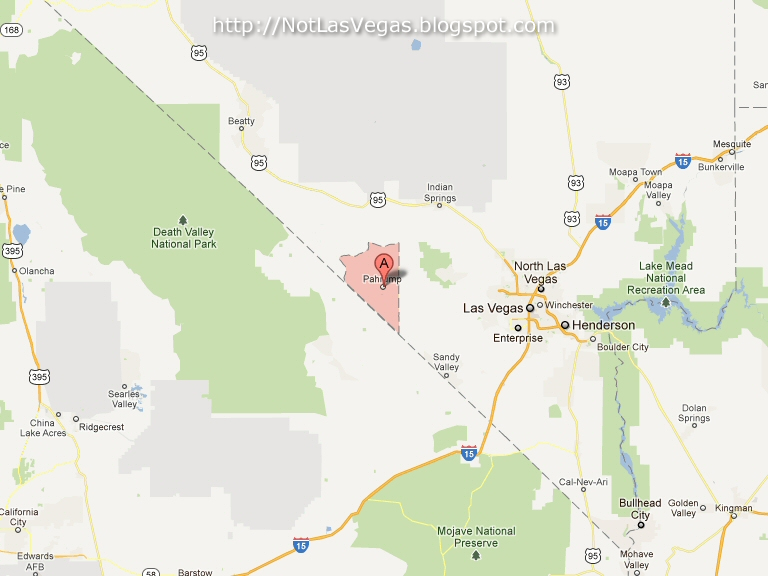 Welcome to the "Not Las Vegas" Blog

This is where I'll post my mutterings about the town I live in which is just minutes from the California border and about an hour West of Las Vegas.


Most of the content will just be my observations and/or criticisms about Pahrump and the surrounding rural areas, including some of the people that make this town "special". I'm also going to post some pictures occasionally and my hope is that you won't be offended by any of them.


My plan is to make this blog interesting, informative and, at times, humorous. Please enjoy. =:^)